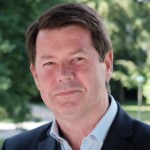 Harm Mannak is a successful entrepreneur and CEO specialized in complex turn around processes and mergers with a track record both in public and private environments, as well as a combination of both. For the past 3 years, he has served as Chairman of the Board of Holland Pigments BV, which is the majority shareholder of the listed small multinational Holland Colours NV. The company manufactures dyes for synthetic materials, and has 10 production sites worldwide.

Since 2004, Harm has also been the Owner of Manifest BV, a management and consultancy bureau. For the past two months, he has been Partner of The Governance Coach, which focuses on governance issues that arise from it and in the service of regulators, supervisors and executives in the public and semi-public sectors, as well as in family businesses. His areas of expertise are change management, executive coaching, business strategy, and management development.

Harm graduated with a Bachelor’s in Military Science and Operational Studies from Royal Netherlands Naval College in 1980, and served for nearly 10 years as an Operations Naval Officer with the Royal Netherlands Navy. In addition, he completed several business courses, is part of Rotary International, and is involved with several boards in the field of health care, church services, political and cultural life. Harm speaks Dutch, English and German. Originally, when he started out in his career, he didn’t know anything about this industry, but with substantial education and international experience, he developed a passion for entrepreneurship.

Harm is an enthusiastic networker on both a national and international basis. He excels at building teams and organizations, and thrives on his commitment and contributions to society. The key to his success has been not being restricted in business ventures, being quite good at establishing business strategy, and organizational design. Some of Harm’s major accomplishments include development and introduction of a new business model in the cultural sector, restructuring an occupational health care company, developing and implementing a new strategy and company profile for them, realizing an investment impulse of € 8,3 M on behalf of a symphony orchestra, and as Chairman of the Board of the majority shareholder of a small multinational listed at the Amsterdam Stock exchange, balancing and matching the interests of the founding families, external shareholders and the employee shareholders. Going forward, he is keen to network, enhance his exposure and continuing driving business in all of his ventures. When he’s not working, Harm enjoys culture, classical music, running, and sailing.

International Society of Business Leaders, Member, Harm Mannak, can be found in the Society Directory, where he is looking forward to networking with you.