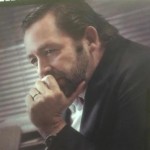 Gerardo “Jerry” Jean C. is CEO of Televisa Puebla, a company of Grupo Televisa, the largest media conglomerate in the Spanish-speaking world. His wide implementation capacity and leadership have earned him to effectively combine a successful institutional career alongside his tireless entrepreneurial DNA, to be often referred to as “the man who makes things happen” by his colleagues. With over 16 years of experience at the executive level, he is a master of electronic media and broadcasting, and leads at all levels of the organization.

From a young age, Jerry has participated in several startups, with SKYTACTIC as his latest release, which aims to integrate UAV’s with the latest technology to provide customized solutions to their clients’ very specific industrial needs. In 2000, he and his wife Elena moved to the border city of Tijuana, where he was appointed Marketing Manager for Televisa Tijuana. Subsequently, he was given his first C-level job back in Mexico City, commissioned to develop a brand new business unit within Televisa to deploy the company’s digital properties throughout the 25+ local TV stations nationwide.

Having accomplished this task by 2010, Jerry was entrusted with a yet bigger and more important endeavor in Grupo Televisa, as CEO at Televisa Puebla, responsible for conducting the overall business for the company’s local TV stations and network channels in three states in Central and South East Mexico.

Academically, Jerry has an MBA from Tecnologico de Monterrey and the highest degree AD2 at IPADE Business School in addition to a distinguished career with over 16 years of executive experience in broadcasting and media. As a child he attended a French speaking local school, according to his family tradition, and at the age of 12 he studied abroad at a Catholic school in Dublin to learn English as his third language. He is a proficient manager of organizations, with well-developed skills in business planning, internal and external relations, project planning and implementation, budget optimization, high performance commercial team orientation, and more. Returning to academia as a teacher, he served as a Professor at the Universidad Anahuac, where years earlier he had received his Bachelor of Business Administration. Serving on the faculty from 2008-2010, he taught courses in Digital Media Marketing for the University’s School of Business and Economics.

Jerry is a tested leader, an up to date visionary entrepreneur in the information era and a sensitive human being. He deftly leads his organizations, developing synergy and partnerships, project planning and cultivating key relationships. He also is fluent in Spanish, English and French, allowing him to navigate the waters of international business with natural ease.

Outside of running his organizations, Jerry also plays an active role as a mentor of high-impact entrepreneurs in Endeavor where he was appointed mentor of the year in 2011 and was featured as keynote speaker at the annual 2016 entrepreneurial summit “Building the Future” at the UDLAP (Universidad de las Americas Puebla)

International Society of Business Leaders Member Gerardo Jean C., MBA can be found on the Who’s Who Directory, where he is looking forward to networking with you.