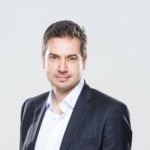 Alexander Fromm is Area Sales Director of Intuitive, a global technology leader in minimally invasive care and the pioneer of robotic-assisted surgery. With over 30 years of professional experience in his career, he focuses on the sales of large capital devices and surgical products. Having risen up the ranks at the firm since coming on a Senior Marketing Manager EMEIA in 2014, he came into his current post after most recently being the Clinical Sales Manager for South-West Germany & Switzerland.

After earning a bachelor’s degree in Hotel Industry and Management from the Ecole Hôtelière de Lausanne, Alexander earned a Bachelor of Science in Business Information Systems from Fachhochschule Nordwestschweiz, Olten FHNW. He launched his career as General Manager & Managing Director Alpentherme & Hotels for Lindner Hotels & Resorts, and also honed his skills in project management and sales with posts at LOGICO and Sage Simultan AG. He has been the recipient of many awards and recognitions, including President’s Club (2010, 2012), Core Navigation Country of the Year (FY 2011), Imaging & Navigation Region of the Year (FY 2010), and Navigation Country of the Year (FY 2009).

Outside of his professional endeavors, Alexander enjoys cycling, golf, and cooking. He credits his success to being a strong listener and having passion for his work. He speaks fluent English, German and French.

International Society of Business Leaders Member Alexander Fromm can be found on the Society Directory, where he is looking forward to networking with you.