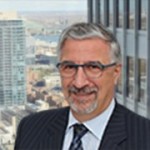 Alexandru Moise is a Senior Director at Deloitte Canada, the Montreal arm of multinational consulting and advisory services powerhouse Deloitte. With over 37 years of experience in consulting engineering, advisory services, corporate management, EPCM and EPC project management, Alexandru’s impressive career and the effect of his guiding influence has spanned the location, regional, national and international levels. Working closely with his clients to enhance their project and meet or exceed their goals, he offers expert advice, and offers solutions to improve process and operations, combining his vast technical knowledge with an independent point of view, grounded in practical knowledge and experience.

After earning a degree from the Colegiul National I.L. Caragiale Bucuresti, Alexandru went on to earn a Master of Engineering from the Construction Institute of Bucharest, Romania. He launched his career as a General Contractor in Romania, where he worked on various residential and commercial projects. He then relocated to Israel, where he served as Plant Manager for Erez Motors Yariv, overseeing an electric motor manufacturing plant staffed by 130 workers.

Emigrating to Canada, Alexandru became the Operations Manager for Aircraft Systems in Montreal, where he worked on the Via Rail “HEP Project” train refurbishment project, Société de transport de Montréal commuter train, and the Bombardier Amtrak project. He then served as Project Manager for Procedair Industries, Stain Heurtey Division, and became the Vice President of Operations for the Oslo Group. Prior to Joining Deloitte Canada, his career trajectory then took him through project development and senior management roles for SNC-Lavalin, CalSiFrit/NovaFrit INTERNATIONAL, Ausenco Engineering, Novopro, and Cliffs Natural resources.

Alexandru credits much of his success to a broad skill base that includes extensive knowledge of human, financial and material resource management, and his results-oriented leadership and ability to mobilize project teams. In addition, he has developed strong analytical skills, a keen sense of innovation and considerable ability to adapt, enabling him to choose the appropriate strategies to increase the efficiency and profitability of the projects he leads in order to best serve his clients.

Alexandru resides in Montreal, Canada and speaks English, French and Romanian. A pillar of his community, he is serving as Treasurer of the “Centre social d’aide aux immigrants (CSAI)” and the “Alaya Foundation”.

International Society of Business Leaders Member Alexandru Moise can be found in the Society Directory, where he is looking forward to networking with you.