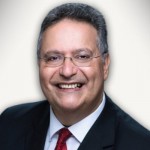 André Dan is a senior management consulting executive and prolific entrepreneur based out of Paris, France. As the co-founder (with his brother Yossi based in Tel Aviv, Israel) of Challengy, a global innovation consulting firm, that combines the best of networking and innovation to optimize employee performance and enterprise growth, he serves as Chief Networking Officer, Speaker, Consultant and e-Coach. André and his team offer his clients (Enterprises, Institutions and Startups) a seasoned expertise in strategy, business models, management, communication, and international relations.

After earning an Engineering degree in software from SUPINFO Paris, International Institute of Information Technology, André went on to complete an Executive MBA from HEC Paris. Prior to founding Challengy, André held leadership and advisory roles at some of the world’s leading software companies, including Oracle, Ingres, Progress, Magic Software, NetDynamics and W4.

Known for his passionate and compelling personality, André is a widely recognized speaker on topics of networking, business and social networks, and innovation – French Tech and Israel Startup Nation.

André is very involved in the ecosystem of startups with large accounts and investors, and works in synergy with major institutions: Bpifrance, Business France, Chambers of Commerce, MEDEF, AFIC (VC Investors), and France Angels. André is a member of the ExCom of the IE-Club (Innovation and Enterprise), is also a member of the enterprise governance association Institut Français des Administrateurs (IFA). He is engaged in the board of a few startups in France and Israel.

He is bilingual in French and English. Outside of his professional engagements, he loves traveling with family and friends, and is an avid reader, from business to philosophy.

International Society of Business Leaders Member André Dan, Executive MBA, can be found on the Society Directory, where he is looking forward to networking with you.