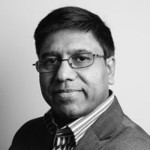 Arasaratnam Arasilango has over 37 years of experience in his career. Currently, he serves as the Chief Executive Officer and Owner of Testenium Limited. He invented the world’s first cloud based meta-computing platform to generate code for test automation and developed an encrypted database application within a second, without human programmers writing the code. He also invented TAMIL (Testenium Application Modeling & Interface Language) meta programming language to generate searchable encrypted database application code within a second.

Arasaratnam has undertaken his postgraduate studies in Computer Science at Cardiff University of Wales and his research in Artificial Intelligence at University of Bedfordshire, UK. His company, Testenium Limited was a recipient of the Technology Elite Award and Innovation Excellence Award and was a finalist for the United Kingdom Information Technology Industry Award. He credits his success to hard work and his intelligence and is looking forward to connecting with likeminded professionals.

The International Society of Business Leaders Member Arasaratnam Arasilango can be found on the Society Directory, where he is looking forward to networking with you.