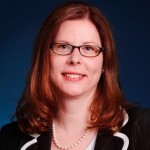 Beatrix Benz is a Senior Vice President and Head of Global Communications & Public Affairs at Vifor Pharma, headquartered in Zurich, Switzerland, and a world leader in the discovery, development, manufacturing and marketing of pharmaceutical products for the treatment of iron deficiency. Beatrix joined the company as Head of Global Communications and member of the Executive Committee in 2011 and took over the global Public Affairs role in addition in 2015. Prior to this, she worked in various positions with Novartis and Nycomed (today Takeda Pharmaceutical). She is an effective leader, team player, and all around people person.

A successful pharmaceuticals industry professional and communications expert of over 13 years, she is a member of the European Association of Communication Directors (EACD) and Public Relations Association Switzerland (SPRG)  She holds a BA in Communications and Journalism and is recipient of the “Achievement in Communications Excellence” Award, in the category “Educate and Motivate Associates”, in 2007. . A confident speaker, she is a lecturer at the Institute of Applied Media Science and public speaker on the topics of media and storytelling. She speaks English, German and French.

Before leading a role in communications, Beatrix worked in brain research at the University of Zurich and Lausanne (Switzerland). What prompted Beatrix into her current line of work was her interest in explaining complex measures on how the brain functions and neurochemistry mechanisms. With this newfound interest, Beatrix re-educated herself in the area of communications, which overtime led her to her current role.

She tells us that some of the keys to her success have been staying committed to what she does, being a great team player, building successful teams, as well as being naturally interested in people.

Beatrix continues to further expand her career in operating in a global organization. In her spare time, she enjoys arts, culture, wining and dining. She resides in Switzerland.

International Society of Business Leaders, Member, Beatrix Benz, can be found in the Society Directory, where she is looking forward to networking with you.