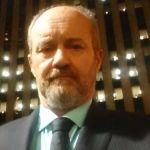 Bernd Schmidt is the regional sales manager for South America at a leading global provider of commercial, high-resolution, world imagery products and services. His main responsibilities revolve around contracting, sales for his regional territory, and working with partners located in those regions. He has held this position since May 2014. In addition, he regularly engages in public speaking and presentations regarding company products and group sales while simultaneously educating clients and team members on company values.

Bernd earned a BS as an Industrial Technician at Muencher Berufs und HandelsKammer in mechanical engineering with a concentration on technology and technicians. He was originally interested in merging his natural problem solving capabilities with his opportunist attitude, now has more than 20 years of experience in the industry, and knows his work ethic and attitude of continued growth will continue to propel him toward even greater heights. He has increased sales revenue for his company five times in two years, which he says is greatest accomplishment. The keys to his success have been remaining honest, passionate, and professional in his work.

Throughout the course of his career, Bernd received the Enerpac Presidential Award eight times in 12 years, and the Sales Achievement Award for the Americas and recognition for achieving 159 percent to his sales quota in 2015. He has appeared in electronic articles for his efforts in developing and innovating products that are currently being used within the mining industry worldwide. He fluently speaks German, English, and Spanish, and a basic knowledge of Portuguese. In the next three-to-five years, Bernd seeks to remain in the same field and take on more responsibility in his management role while continuing to share substantial information and insight with his team.

A systematic problems solver for internal and external customers with proven success in archiving and exceeding goal working in different customer environments, Bernd continues to learn and grow in his profession. In his spare time, he enjoys traveling and off road adventures. He resides in La Reina, Chile.

International Society of Business Leaders, Member, Bernd Schmidt, can be found in the Society Directory, where he is looking forward to networking with you.