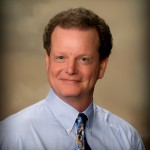 Brooks McIntyre is a partner and Vice President of construction at Legacy Builders, Inc. located in Aberdeen, South Dakota.  He has held this position since May 2010, in which he over sees an extensive day-to-day operation and an annual budget of more than $55 million. His responsibilities consist of overall business strategies, project management and development, site logistics, contract negotiations, team building, project assessment, project costing and estimation. Currently, his construction projects span throughout the continental United States including Alaska.

Brooks earned a Bachelor’s degree in Industrial Construction Management from Colorado State University in 1986 and earned his Master’s degree in Technology Management from Southern Polytechnic State University in Georgia in 1994. In the field of construction development and management, he is an industry leader with national notoriety in the development of hotels and associated hospitality construction and businesses practices. His most notable project included a mammoth $211 million, Historic Restoration & Seismic Up-Grade at Utah State Capital 90-year-old building. He has also managed and been a team member of multiple Las Vegas Hotel resort projects.

Brooks is a progressive construction manager / developer with energy efficient and green building perspectives. He is a licensed general contractor in more than 26 states and has received Uniform Building Code, International Construction Code and Construction Code Bureau certifications. He continues to expand his expertise through effective communication, team building, and successful navigation of the construction world. Brooks is a true forerunner in his field and has provided a giant footprint in the construction industry. He resides between Aberdeen, South Dakota and Eugene, Oregon.

International Society of Business Leaders, Member, Brooks A. McIntyre, can be found in the Society Directory, where he is looking forward to networking with you.