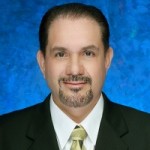 Mr. Cesar Guzman started his career at Kennedy Space Center from (1980 to 1995) working in Payload Communications. In October 1995 He joined Harris Corporation for the construction of the Kuala Lumpur International Airport (KLIA), after the completion of KLIA while still working for Harris Corporation he worked as Project Manager in several projects until June (1999).

From June 1999 until June 2002 he held the positions of Regional Manager for Technical Support at Tellabs for (Latin America & Caribbean), also worked as Professional Services Consultant for Marconi in the USA.

In 2002 he joined CNA Group (Singapore) for the construction of the Suvarnabhumi International Airport project in Bangkok (Thailand). In October 2009 he joined CNA Advance as Managing Director and shareholder of the newly formed company. He is currently on a temporary assignment as Sr. Project Manager at (Hamad International Airport) in Doha, Qatar.

International Society of Business Leaders Member Cesar M. Guzman can be found in the Society Directory, where he is looking forward to networking with you.