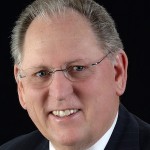 Christopher Boon is an Independent Consultant contracted through Senior Choices NW, a subsidiary of Modern Insurance Marketing, Inc and one of the largest locally owned Medicare Advantage field marketing organizations (FMO) in the Pacific Northwest. Dedicated to serving the needs of residents across Oregon and Washington and other western states, the firm represents most of the major Medicare Advantage and Medicare Supplement plans offered in the region.

With around 12 years of experience in the industry, focused exclusively on Medicare, Christopher commenced operating on his own account, as a broker, four years ago. He is licensed in Oregon and Washington states and is a seasoned and prolific influencer in the industry, having worked in management with United Healthcare. He was named Health Agent of the Year in 2015 by NAIFA Oregon. Chris currently serves on the board of his local NAIFA chapter.

Prior to entering the insurance industry, Christopher held senior management positions in the New Zealand aviation and oil industries. He served as a Divisional General Manager for The Mount Cook Group, a major New Zealand tourist and transport company and as Marketing Manager for Aviation and Marine with Mobil Oil New Zealand.   Since migrating to The United States and before entering the insurance industry, Chris worked as an Operations Manager with Federal Express. He has been a light aircraft pilot for the past fifty years and volunteered as a member of the Civil Air Patrol.

Christopher earned a Bachelor of Business Studies, majoring in Economics, from Massey University, New Zealand and holds a Master of Business Administration from Victoria University of Wellington, New Zealand. He currently resides in Oregon City, Oregon, where, in his spare time, he enjoys exploring the great outdoors of The United States and Canada, with his wife, in their fifth wheel travel trailer.

International Society of Business Leaders Member Christopher Boon, MBA can be found in the Society Directory, where he is looking forward to networking with you.