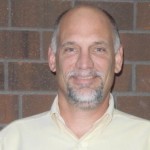 Conrad St. Pierre is a is the Director of Hydro North America for Enel Green Power North America (EPGNA), the North American branch of major alternative power and green energy producer Enel Group, which operates across North, Central and South America, as well as Europe. Responsible for the profit and loss of all EGPNA Hydro assets in North America, Conrad oversees the operations at 63 plants (318mW), 125 personnel and a budget of $25 million. He ensures that all regulatory requirements and operational performance standards of the facilities are met, as well as the efficient and optimal running and maintenance of the facilities and staff.

After earning a Bachelor of Science in Engineering from Maine Maritime Academy, Conrad launched his career as a Shift Test Engineer for Newport News Shipbuilding, A Division of Huntington Ingalls Industries. He was drawn to this field thanks to the hydroelectric plants in his hometown, and his interest grew with as opportunities made themselves available, thus following a natural progression propelled by his hard work ethic, drive and passion for the field.

Conrad is active in the National Hydropower Association, the Centre for Energy Advancement through Technological Innovation (CEATI) and the Electric Utility Cost Group (EUCG), and serves on the steering committee for HydroVision International. He is regularly invited to speak publicly at conferences related to his industry; this year he spoke at both HydroVision and Electric Utility Cost Group.

Conrad credits his success to his ability to identify problems and work through them to the end. He resides in South Berwick, Maine where he is an active member of the community by supporting the local non-profit SoBo Central and the National Multiple Sclerosis Society. Outside of his professional endeavors, Conrad enjoys sailing and cycling.

International Society of Business Leaders Member Conrad St. Pierre can be found in the Society Directory, where he is looking forward to networking with you.