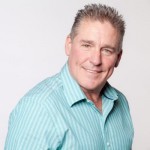 Daniel Bombard is the President of Mountain View Corporation and Chief Executive Officer and Chief Information Officer of Yuma Office Equipment and YOE CONNEXT, a copier service and business solutions firm based in Yuma, Arizona. Locally owned and operated, the firm only employs highly experienced, factory-trained service technicians and responds to service calls in three hours or less. With over 14 years of experience in executive leadership and IT management, Daniel is a prolific entrepreneur who operates a majority of the administrative work and operations on a daily basis.

Through his strong efforts, Daniel purchased the company, although it was almost bought by a major corporation. What prompted Daniel to purchase this company was his consideration for his fellow employees that he had been working alongside for the past decade as well as the company’s existing clients. He understood if a major corporation was to have the opportunity to purchase the company, then his team could be jobless and existing customers would be treated differently.

Daniel is certified in A+, Net+ and MCSE through Arizona Western College, and has also completed training at the Applied Concepts Institute Sales Career Training Program, and in Profit Mastery. Dedicated to improving operations and processes for small business, he is also the Owner, Manager and Principal Consultant of The Connect! Network Support, a firm that specializes in workflow and office equipment support, as well as specializes in the home business workstation and home user workstation.

Daniel’s keys to success have been keeping a positive attitude, integrity, and keeping things transparent. He is slightly proficient in Spanish. In the next three-to-five years, he seeks to further expand the company’s line of services, growing it into a managed service company, and remodeling the company building. His greatest achievements have been purchasing the corporation from his prior employer, marrying his wife Angela and being a father and grandfather!

Daniel was awarded a 2014 SUCCESS award by the Arizona Small Business Development Corporation for Yuma Office Equipment/ YOE CONNEXT. He is also on the board of directors of the WEST board of BTA where he is currently acting as Secretary/Treasurer. His company was featured in ENX magazine (a national trade publication) as an Elite Dealer in 2015. He occasionally speaks at conferences and is organizing a local seminar on Cyber Security. Daniel is currently writing two books. One is based on how to select a decent Information Technology Professional without ending up shorthanded, and the second book is based on the concept of value and price.

International Society of Business Leaders Member of the Year Daniel Bombard can be found in the Society Directory, where he is looking forward to networking with you.