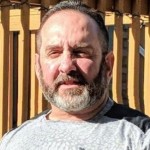 Dr. Henri Suissa sustains a history of excellence, extraordinary and distinguished service to his Nation and communities that he proudly serves.  Dr. Suissa is the proud recipient of the Bronze Star Medal; earning two campaign stars for his deployments in support of combat operations (Operation Iraqi Freedom) and stability operations (Operation New Dawn).

A combat disabled veteran and Military Officer that was awarded numerous Medals, Awards, Ribbons, Citations and Outstanding Performance Appraisals for his decorated service to our country. Moreover, subsequent to the 9/11 attacks on America, Dr. Suissa entered the police academy and was elected class President, gave the graduation commencement speech and was “humbly” awarded the Honor Medallion; the distinguished Medal given to the police academies Most Outstanding Police Graduate.

While his Law Enforcement Career was decorated and distinguished; he ultimately takes a great deal of pride in “never having an Internal Affairs case brought against him.” He believes in treating “every person fairly; everyone deserving respect, regardless of their crime against humanity.” He believes this was due to “the way he was raised, compassion, early adult training in Behavioral Medicine and his ability to communicate in 5 languages.”

While we can never underscore the importance of “experience, common sense, ethics and passion;”;a life dedicated to “lifelong learning” will always serve to be the catalyst and framework to one’s ability “too positively impact others.”   Dr. Suissa is a researcher, a licensed and bord certified provider who continuously yearns for higher education. He is devoted to how fitness and a healthy lifestyle can serve to combat mental health disorders and our ability to fight chronic medical issues.

Dr. Suissa has led a workforce in upwards of 350 people and been responsible for the mental well-being of over 250,000 soldiers and civilians across global entities while managing assets and responsible for operational budgets well into the millions. Furthermore, Dr, Suissa is a successful entrepreneur, establishing the vision, mission, purpose and cultural norms of a veteran centric organization that continues to thrive today; creating countless opportunities for veterans, their families and service members as they transition from their Military Service.

Dr. Suissa describes himself as “tenaciously curious” and in “relentless pursuit of the truth”. He is a problem solver, works extremely well under duress and is morally and ethically centered. Dr. Suissa is a fighting enthusiast, martial artist, enjoys fitness, hiking, cooking, playing the acoustic guitar and loves to spend time with his family and friends.

The International Society of Business Leaders Member, Dr. Henri Suissa, can be found on the Society Directory, where he is looking forward to networking with you.