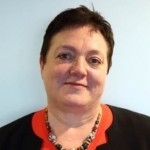 Evelyn Tortosa is the Chief Compliance Officer for the Group CNP Assurances, one of the largest insurance companies in France, operating also on other European countries and in Latin America. Specializing in life insurance, pensions, personal risk insurance and protection products, such as term creditor insurance and health insurance, the firm was established 160 years ago and serves over 36 million people worldwide. With over 35 years of experience on the national and international level, Evelyn is responsible for developing the compliance structure of the company and ensuring all compliance materials and manuals are distributed throughout, and that all regulations are adhered to companywide. She is credited with the CNP’s global compliance approach, and has risen to the challenges and cross-cultural technicalities of the big picture associated with her department.

After completing her schooling in Sweden, Evelyn attended the Université Panthéon Assas (Paris II), where she completed a DEA in Law. Her broad European background is evidenced by her impressive fluidity with languages: she speaks fluent English, French, Swedish and German, with a working proficiency of Spanish.

Prior to joining the CNP team, Evelyn served as Regional Chief Compliance, Risk and Governance Officer for Continental Europe, CIS and Turkey (+ 30 countries) at Marsh. Earlier in her career,  as Head of Compliance and DPO Western Europe at MetLife, she implemented robust GRC and Privacy programs, and  while serving as the Legal Director for GE Fleet Services, she received an award for imagination and courage.

Evelyn attributes her success to her rich experience in the legal and compliance fields across France and Europe as a whole. She is a member of the CEB Compliance and Ethics Leadership Council, and resides in Les Clayes sous Bois, close to Versailles, France. In her spare time, she enjoys attending museums, traveling and reading.

The International Society of Business Leaders Member Evelyn Tortosa can be found on the Society Directory, where she is looking forward to networking with you.