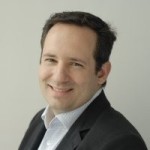 With almost twenty-five years in his profession, of which six years with RGF, Gian developed a solid career helping companies discover and explore their strengths.

Gian and his business partner decided to create a consultancy for family owned enterprises because they perceived that business owners view with reservations the cost/benefit ratio of traditional consultancies and because they know that business owners make it a point to deal with professionals who have experienced doubts and problems similar to theirs and, thus, have the necessary track record to propose and implement with excellence solutions to their greatest challenges. Since its founding, RGF & Associados has helped dozens of companies reach new heights or avoid new lows, through thoughtful reflection, detailed planning and solid execution.

Gian has a strong academic background, having graduated Magna Cum Laude from Boston University, later attending an executive development program at IMD in Switzerland. He lives in Brazil, but spent many years living in Switzerland and the United States, where he went to school and began his professional life. Gian has worked in numerous countries aside from Brazil, including the United States, Mexico, Argentina, Colombia and Venezuela. With his rich multicultural background, he is fluent in English, Spanish and Portuguese and has reasonable knowledge of German and Italian.
The International Society of Business Leaders Member, Gian Filli, can be found on the Society Directory, where he is looking forward to networking with you.