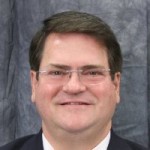 For the past 40 plus years, H. David Sloan has had a very successful international career in the petroleum refining industry.  There have been many memorable highlights during his career, including when he worked for KBR as the Technology Business Development Director for refining technologies and sold the first KBR refining technology into India.   He has written over 35 magazine articles and published technical papers on many refining technology applications, as well as having written the chapter on Solvent Deasphalting for the Chemical Engineering Encyclopedia.  He is also co-holder of two US Patents in the area of Delayed Coking technology.

He is a member of the National and Texas Society of Professional Engineers, American Institute of Chemical Engineers, and was formerly KBR’s representative to the National Petroleum Refiner’s Association (now the AFPM).  He is also highly active with the American Diabetes Association, having served as South Texas Board Chair, and the National Community Volunteer Development Committee.  He has also been a perennial top fundraiser for the association.  He is a member of Jermyn Baptist Church where he is also active as song leader and pulpit committee chair.

After retiring from Valero in 2016, he started his consulting firm, HDS Lost Valley, PLLC which is named after the family ranch, Sloan’s Lost Valley Ranch and located in the heart of Lost Valley near Jermyn, TX.

Sloan is a graduate of Texas Tech University with a BSChE, speaks English and a little French and Spanish.  He is eager to network and share experiences and knowledge with like-minded professionals.

In his spare time, hey enjoys hunting, fishing, bicycling, and other outdoor sports.  He currently lives on the ranch in Jermyn, Texas.

International Society of Business Leaders, Member, H. David Sloan, can be found in the Society Directory, where is looking forward to networking with you.