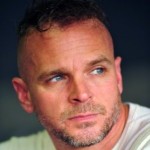 Mark A. Llano is the Founder, President and CEO of Source One Distributors, an industry leader in understanding, listening and providing the highest quality tactical gear for the defense industry at a prompt and accurate pace. With over 13 years of experience at the helm of Source One, Mark works tirelessly with the worlds finest and recognized manufacturers, and has grown his team to employ more than 30 people. He has set the standards for service, innovation and entrepreneurship, and has won multiple local, state and national awards for his work. His wide fleet of contracting vehicles allows Source One to begin contracts immediately, without having to undergo the time-consuming bidding, qualifications and approval process.

In addition to running Source one, Mark is the Co-Owner and principal Driver of Serket Racing, a Porsche racing team owned and operated by veterans. The team races the team races under the mission of raising awareness and assistance for military veterans and their families, and took the IMSA season by storm in 2015.

Mark also serves as Director of the Motorsport Safety Foundation, a non-profit organization dedicated to improving safety standards in motorsports. A community where members can come together and have a voice, the organization serves as a place to share safety concerns and collaborate on research.

The essence of a self-made man, Mark served in the United States Marine Corps before branching into the private sector. He received the 2009 “Ventrepreneur” of the Year award and the 2011 Ernst and Young Entrepreneur of the Year award. He holds a Bachelor of Arts in Criminology from the University of South Florida, and earned an MEBP from Foster School of Business at the University of Washington. In addition to his own work on behalf of veterans, Mark is a board member of Veterans Pathway to Success and is actively involved with Operation Homefront. He resides in West Palm Beach, Florida.

International Society of Business Leaders Member Mark A. Llano, MBEP can be found in the Society Directory, where he is looking forward to networking with you.