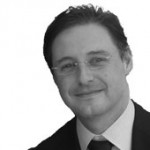 Mauricio Ibáñez is a Founding Partner of Ibáñez, Quintana, Saavedra and Hoffmann, a law firm based in Mexico City and offering its clients top quality legal services adaptable to the rapidly evolving global market. With more than 22 years of experience as a lawyer and legal executive, Mauricio founded the firm in 2004 and has overseen numerous cross-border M&A and financing transactions representing top Mexican companies and/or multinational companies with operations in Mexico. While being a Partner at the firm, Mauricio also serves as General Counsel of Grupo México, a multinational conglomerate engaged in mining, railroads and infrastructure trading in the Mexican Stock Exchange and through one of its subsidiaries in the NYSE, with a market cap of USD26 billion.  . A highly esteemed leader in his field, Mauricio specializes in corporate law, corporate governance, international law, M&A, real estate, project finance, fund formation and all sorts of financing transactions. As General Counsel of Grupo México, Mauricio led the Company to success representing it in several class actions lawsuits originated  from a large-scale spill occurred during the expansion works of Grupo’s mining operations in the State of Sonora, Mexico leading also to successful negotiations with of the Ministry of the Environment in Mexico.

In addition to his practice, Mauricio has done pro bono work for the Fundación Alfredo Harp Helú A.C. He speaks fluent English and Spanish, and credits his success to being a hard worker who can provide creative and intelligent solutions to the challenges that arise. He is a member of the American Bar Association, the Mexican Bar Association, the Interamerican Lawyers Federation and the Mexican Lawyers College.

International Society of Business Leaders Member Mauricio Ibáñez can be found in the Society Directory, where he is looking forward to networking with you.