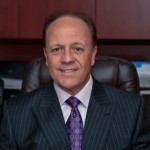 Nick Fusco is the Chief Financial Officer of Napoleon/ Lynx, an international leader of manufacturing, distributing, and marketing of garage doors and their components. He has held this position since May 2016, and he has more than 10 years experience in the garage door industry. In this leadership role, he primarily controls the finance division of the company and reports back to the Chief Executive Officer. He manages the financial affairs of five branches of the company, two of which are in Canada and three in the United States.

Nick is a senior-level Financial Management Professional (CPA, CMA) with exposure to manufacturing and distribution environments encompassing areas in pharmaceuticals, food and beverage, textile sector, products related to the residential, commercial and industrial sectors of the construction industry, commercial road sweepers and litter collecting machines destined for municipalities worldwide, recreational products for the retail market, and M&A advisory services coupled with a good knowledge of debt and/or equity financing.

He earned a B.Comm. in accountancy from Concordia University in 1981 and a CMA designation through McGill University in 1990. He wanted to be a dentist when he was younger, but his college advisor directed him towards accounting due to his high grades in math. He has since held several executive positions, including Vice President of finance at H2O! Recreation Inc., and partner and director of finance at FTM Synergis Capital Inc., prior to acquiring his current role.
In his past position, he was the finance director and provided accounting support and supervision for the ten companies under the FTM Group of companies. One of the companies is a high-tech company that provides software procedures to the airline industry and manufactures geophysical equipment (ground penetrating equipment, owned 85% by an Italian company. He presented financial highlights on a quarterly basis to the board. The other companies in the FTM Group are primarily holding/investment companies with the exception of three, which are involved in real estate and M&A consulting. As Partner, he mainly participated in merges, acquisition, financing whether debt or equity, due diligence processes and financial restructuring. He also participated in a major acquisition for the Group (FTM), which involved the preparation of a five-year business plan and cash flow statement presented to potential lenders.

Nick credits his success to determination and perseverance. His biggest accomplishment is getting hired as a chief financial officer for a major manufacturing company. He is also accounting consultant on the side. He is a member of the Ordre des CPA du Québec. The next step in his career would be to become the chief executive officer in the future, but he is happy in his current position. Nick is looking to make connections and network with like-minded professionals. In his spare time, he enjoys travel and cars. He resides in Laval, Quebec, Canada.

International Society of Business Leaders, Member, Nick Fusco, CPA, CMA, can be found in the Society Directory, where he is looking forward to networking with you.