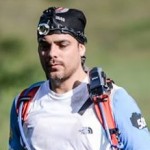 Rodrigo Meyer is currently Co Founder of Fazenda Urbana Inc., where he and his team are on a mission to bring a way to grow healthy and tasty food close to where people actually live.  Since completing his degree in 2002, he has had a very interesting and successful career path. He started out as an IT Specialist, and in 2003 worked for IBM as a Sales Specialist. He left IBM to create his own start -up, teaching Egyptology, Sacred Geometry and other non-IT related data. In 2012 he was offered a Project and Procurement Management position in a Modular Data Center startup company in Brazil known as Smart Cube. He has been the Country Manager there since 2014.

In 2015, he was interviewed live in Sao Paulo to discuss Data Centre Dynamics. He is well known for his ability to venture, take risks and his mission in life is continuous improvement on every level. His vision for now is to create another start up in Vertical Farms & Agricultural Technology. He looks forward to networking with others, sharing experiences and exchanging information. Rodrigo speaks fluent Portuguese, English, Spanish and some German.

Having had excellent mentors and teachers, he tells us at ISoBL that everything he is and what he has accomplished, he owes to people that worked with him. He has had more failures than successes, but believes this is what life is all about. Every mistake he made has gotten him where he is now. It’s all about the journey. He holds a Bachelors in Information Technology from Pontifícia Universidade Católica do Rio de Janeiro, and is an Adventure Race Competitor in his spare time. He resides in Rio de Janeiro, Brazil.

International Society of Business Leaders, Member, Rodrigo Meyer, can be found in the Society Directory, where he is looking forward to networking with you.