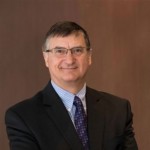 Roger Farley is the Executive in Residence at the University of Ottawa in Canada. With over 30 years of experience in government administration and policy management, he works with professors and researchers on pressing global issues. Having joined the University of Ottawa in 2015, he expertly organized an international conference for the President of the University.  He now works at developing a special program for young Syrian refugees to prepare them for postsecondary studies.

Prior to joining the University of Ottawa, Roger served as the Executive Director at Health Canada; the federal department responsible for helping Canadians maintain and improve their health. While there, he led a team of experts in policy and program management in working to improve the health of Canadians, specifically the access and quality of healthcare services for the two millions of Canadians living in an official language minority situation.

Roger has held various executive positions across the government of Canada, including programs for official languages, the Royal Commission on Aboriginal Peoples and the Canadian Sport Policy.

Roger Farley is a certified administrator for the Intercultural Development Inventory (IDI©) and the Global Competencies Inventory and has a long experience in facilitating workshops on intercultural competencies.

Throughout his career he developed an expertise in public involvement for policy making and in program design.

Roger Farley received several distinctions during his career and in 2011 received the Public Service Award for Excellence in Serving Canadians.

Roger credits his success to speaking the truth and being transparent and open with partners. He resides in Ottawa, Canada, where he enjoys cycling in his spare time.

International Society of Business Leaders Member Roger Farley, MBA can be found in the Society Directory, where he is looking forward to networking with you.