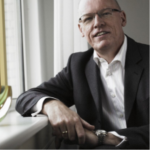 Ruud de Haas is Vice President of IT at Cycleon BV, a Reverse Logistics company where he spearheads all IT operations and IT projects, in addition to serving on the board. Ruud is a professional and experienced IT manager passionate about helping companies grow and advance through the use of IT strategies. He is revered by colleagues and clients for his work on business IT alignment, developing and modernizing IT systems, and attributes his great success thus far to being a quick learner and staying abreast of the latest IT and technological advancements.

Since 1971, Ruud has been active in various ICT branches on the cutting edge where ICT and organization meet. An entrepreneur, networker, innovator, creator, and team builder, Ruud has served in the roles of CIO, VP IT, IT Director, IT Manager, program and project manager, senior consultant and information analyst, always with an emphasis on team building. He is enthusiastic about achieving defined targets and delivering tangible results, where the organization as well as its employees and customers get added value and are supported in reaching their business goals.

Moving forward, Ruud in a couple of years plans to retire, but will continue to consult and advise. Also a prolific public speaker, he frequently gives seminars on IT and the Cloud. Frequently lauded for his work, Ruud has been interviewed for CIO Magazine Nederland and was nominated for a CIO of the Year Award in 2008. He is a member of CIONET Netherlands.

Ruud resides in Zeewolde, Netherlands, and is fluent in Dutch, English and German. When not engaged with work, he enjoys traveling, boating and biking.

International Society of Business Leaders Member Ruud de Haas can be found on the Society Directory, where he is looking forward to networking with you.