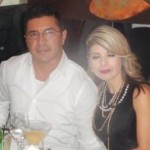 Santiago “Chilli” Gomez is the President of Ocean Edge Services Inc., where he designs and manufactures the next generation of intuitive general purpose and hydraulic power units in the industry. He has held that position since January 2012. He is a man of action who proves the old adage, “necessity is the mother of invention,” to be true.

Hydraulic testing, off-shore drilling, hydraulic maintenance, design & building hydraulic systems, subsea engineering, project planning, and O & G client servicing are just some of his areas of expertise. Over the years, Santiago held several managerial positions, including subsea controls service technician at Cameron and subsea controls technician at Aker Solutions, prior to acquiring his current role. He worked in the oil and gas industry as a field technician who found that the hydraulic machines they ordered, even if new, were always built with old technology and designs. He believed there could be a better solution, so he spent nine months in his garage, $55,000 of his own money, and built the better solution. Thus, OES, Inc., was born and has gone forward in success ever since.

Santiago tells us he wishes to grow OES, Inc., from a $7 million enterprise to a $35 -$50 million enterprise that continues to solve problems for his consumers in the next three-to-five years. In addition, he wants his business to be whom all the major and smaller players in the industry turn to for a better solution. He published, “G-5 High flow unit,” in 2013.

His keys to success are excellent customer service, responsiveness to their needs, and treating every customer with the highest priority. He fluently speaks English and Spanish. Santiago says his greatest achievement is getting OES, Inc., up-and-running and growing in a particularly difficult economic time for the oil and gas industry. He would like to learn from others who can relate to situations that apply to people who run a company.

In his spare time he enjoys four wheeling, boxing, traveling, and shooting. He resides in Houston, Texas.

International Society of Business Leaders, Member, Santiago “Chilli” Gomez, can be found in the Society Directory, where he is looking forward to networking with you.