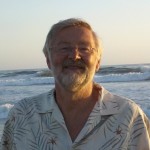 Stephen M. Lord is the President, Owner and Senior Process Engineer of SML Associates. With over 25 years of international experience in chemical engineering, he is a seasoned professional with unprecedented expertise on renewable fuels, semiconductors, photovoltaic, industrial gases, specialty chemicals, and construction and containment. Stephen’s continued pursuit of innovative alternatives to waste reduction and renewable energies has led to reduction in the cost of materials for solar panels and flat screens. He is also a global consultant and actively working on energy storage as the next key step in energy development and has years of experience with both compressed air energy storage and improved anode material for Lithium Ion Batteries.

After earning a BSc in Chemical Engineering from Aston University, Stephen went on to receive a MSc in Chemical Engineering from McMaster University and professional engineer status. Prior to SML Associates, Stephen served as Technology Director of the Silicon Division at JC Schumacher, Vice President of Technology at Biosynthetics, Senior Process Engineer at Shell Canada, and a Process/Project Engineer at Kilborn Ltd. Stephen is a member of the American Institute of Chemical Engineers and NSPE,. He holds multiple worldwide patents for production and safe handling of electronic grade semiconductor gases such as germane, silane, disilane, dichlorosilane and trichlorosilane and for the production of granular polysilicon by Fluid Bed Reactor (FBR). He is a proud of contributing the basic FBR patents for the granular silicon technology that REC has managed to bring to fruition and thus cut silicon production costs and energy consumption. He is a big believer in the “silicon refinery” concept for the efficient production of multiple high purity and value products and proud that many of his patents have been proven and are currently utilized on the commercial scale in a silicon refinery producing ultra high purity products at competitive prices.

Stephen currently resides in Encinitas, California with his wife and their six children, and is an avid swimmer and reader in his spare time.

International Society of Business Leaders Member Stephen Lord, MSc can be found in the Society Directory, where he is looking forward to networking with you.