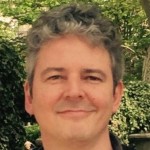 Tyner Strub, a native of New Orleans and Hurricane Katrina survivor, spent nearly a decade as a Financial Advisor with Morgan Keegan and Pan American Financial Advisors.  Tyner graduated from Lewis and Clark College in Portland, Oregon with a degree in International Affairs.

Over the last ten years he has developed the core technology for immersion in audio and has pioneered the field of Three Dimensional Enhanced Audio.  Tyner is CEO of 3DEA Systems and developer of the Wavy 3D Audio System.  He has been awarded three US Patents regarding systems and methods for producing Object-Based audio.

Tyner Strub is a prolific inventor and entrepreneur with over a decade of experience in executive management and leadership.  He is also CEO of his newest startup, Dutch and Dutch USA, which distributes the esoteric speaker products of Dutch and Dutch B.V. of the Netherlands.  Tyner has an international business presence on both sides of the Atlantic.

In 2014, Tyner became a Founding Partner with Trident Entertainment Group (TEG).  TEG is a consortium of seasoned industry professionals paired with technological innovation.  Trident provides four categories of product solutions, Audio, Video, Integrated Technology and Live Show Entertainment.   It is the first company to offer as wide a selection of entertainment and technology services to the cruise industry.

A current resident of Cape Canaveral, Florida, Tyner speaks English along with a limited working proficiency of French, Spanish and German.  When he isn’t busy building multiple international brands, Tyner enjoys ocean sports, travel and is constantly on the lookout for exotic human activities in which to participate in around the world.

International Society of Business Leaders Member Tyner Strub can be found on the Society Directory, where he is looking forward to networking with you.